I think I may have invented a new type of shaker card! At least, I’ve never seen one like this before! 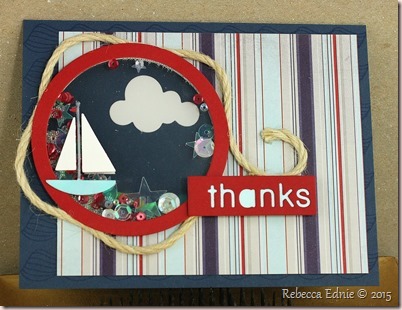 It has two clear panels so you can see through to the inside of the card. You will see more in the next photos. I have barely used some of my card kits so I’ve been going back to them to make some more cards. Because it was Christmas-based, and I don’t celebrate, I skipped December’s kit. So I really missed having a new kit to play with. Mine never arrive here in Canada until at least the 27th or 28th so January’s isn’t here yet. 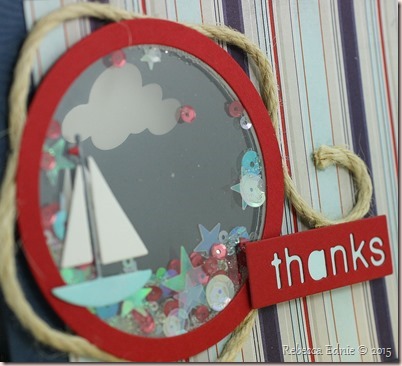 This shot is through the window with the card open. The cloud is actually on  the inside! So it’s basically a double layer window card with shaker bits inside! It was really fun to figure out how to make this. I ended up using a craft knife to cut the card base. I was worried that no matter how I die cut it, I would end up with those yucky marks from my cutting plate. So I just traced and cut on a pencil line marked using the waste cardstock from the center of the red frame. 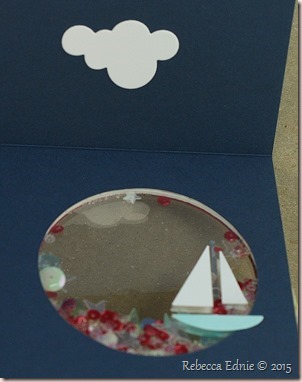 Here is what the inside looks like. I added a matching die cut to cover the adhesive. The boat bottom was similar enough to just use a second die cut. However, I had to cut my own sails. But they are super simple to cut! 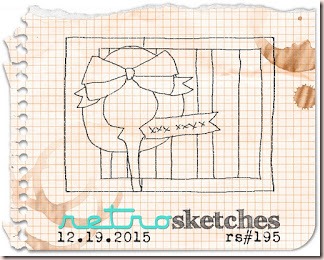