So the challenge this week at Crazy 4 Challenges was to make a graduation card. Seems simple right? Oh, you would think so… 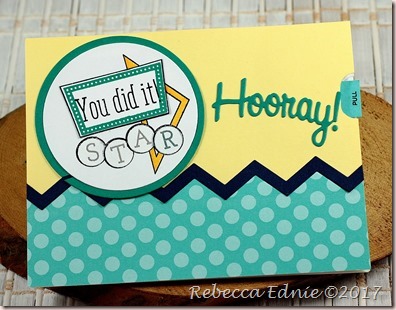 Oh but I had to complicate things by using Chibitronics lights. These are usually pretty easy to use, I’ve done it before, no big deal! Well, this time I spent HOURS agonizing over why they wouldn’t light. So I get all but one working… try to adjust the last light in the sequence… don’t change a. single. thing. with the other three lights. Now the first three don’t work and the last one does!!!!! AHHHHH!!! {insert bag language here}. So hubby comes to help. After much ‘rewiring’ all of the lights work. By now I’ve tried soldering the lights (apparently I’m very bad at it), taking lights out and replacing them and adding the special fabric conductive tape to try and make them work. Hubby gets them all working. Great. Off he goes, I add the card front, one light goes out!! {insert tearing hear and rending of garments here}. After another hour, I finally get it to work. Ta Da!! (total of 5 hours now working on this card!) 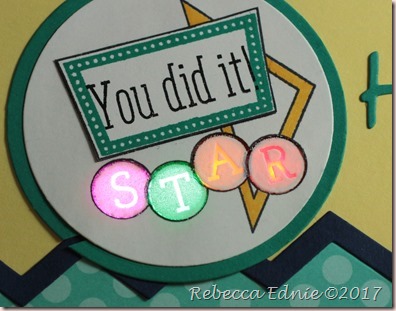 Why oh why did I go to all this fuss and frustration? Well my baby is graduating from Kindergarten this year. I know, it’s a silly thing to have a kindergarten graduation but it is so terribly cute and he loves Chibi lights cards so much. I just HAD to get it to work. He’s actually been in kindergarten for three years now. Being born mid-December, he really wasn’t ready for JK the first year so he only went for afternoons until March, you know, like in the olden days!! June of last year (16/17 school year) he just wasn’t ready for grade 1. He would have been so far behind. He was diagnosed last year with ADHD, learning issues and academic delay. He should get special help but brilliantly, they don’t really help kids until they are already way behind in grade 3. Because many kids catch up by then. ugh…

As we don’t celebrate his birthday, he is only older than the other kids in his class for a week or so before the holidays. When he comes back from break, he will be the same age as any kind with a very early Jan birthday. So not really a social stigma which some parents worry about. So for him, leaving kindergarten is a real accomplishment. More so than for other kids.

Back to the card! I forgot to get a photo of the pull tab which is also the switch for the lights but it says ‘happy graduation’. He saw me making it but he hasn’t seen it finished so he will still be surprised.

I hope you can join us this week with your own graduation card. Don’t forget to link it up and leave a nice comment for the team and their inspiration!