It’s the last Crazy 4 Challenges of the month! I’ve seen so many fun fold cards around lately that I decided we would make trifold cards this week. There are a lot of different types so if you play along, find one you like and join us! 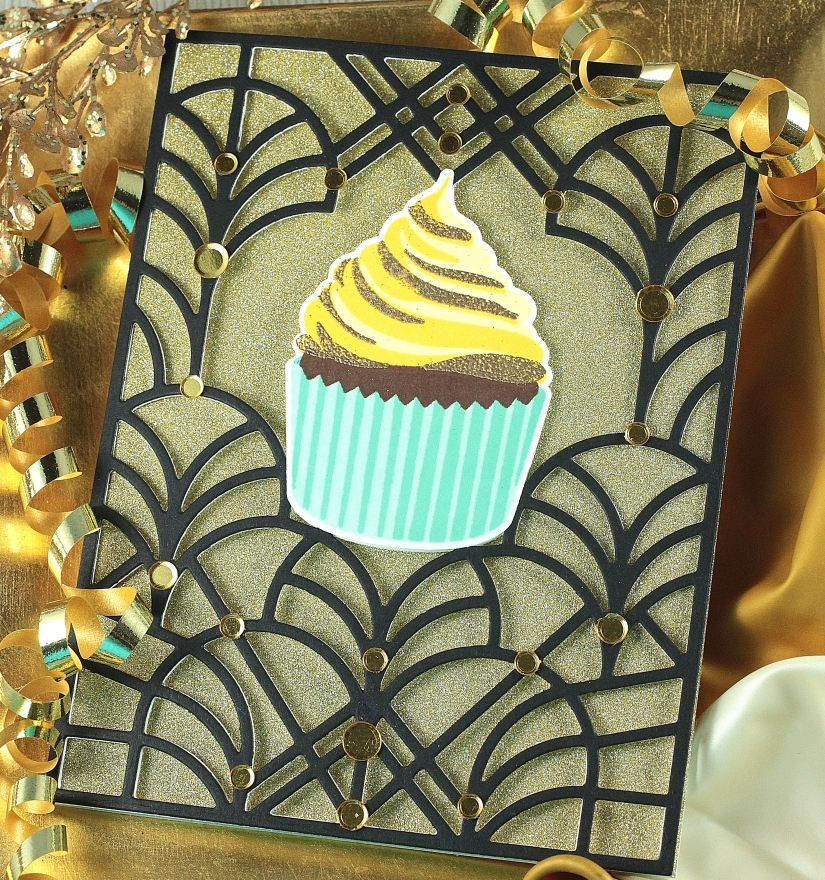 If you’ve never made a trifold card before, it has at least 3 panels and 2 folds. Mine is made with a white card base and an aqua card base nested together. The front of the white card base is cut with the same die as the black cardstock. This makes it see through. I added some gold glitter vinyl to the inside. I was inspired to go for this art deco look because the cupcake set from Altenew included sentiments in a font that looked art deco to me. Then I remembered this die by Hero Arts from a previous card kit.

I was also inspired by see-through cards by Jennifer McGuire. The open area in the cover die made it kind of flimsy which is why I used two layers of cardstock but adding the cupcake helped too. There is a second cupcake die cut behind the front cupcake so the cover die is sandwiched between them. I hope that makes sense. Then I also added a plain cupcake die inside the card with the fun sentiment! To get it lined up, lay the card open on your table and place the sentiment die cut face down on the back of the front cupcake die cut. Make sure it already has adhesive on it. Then close the card while leaving the front panel on your table. It should stay lined up perfectly. 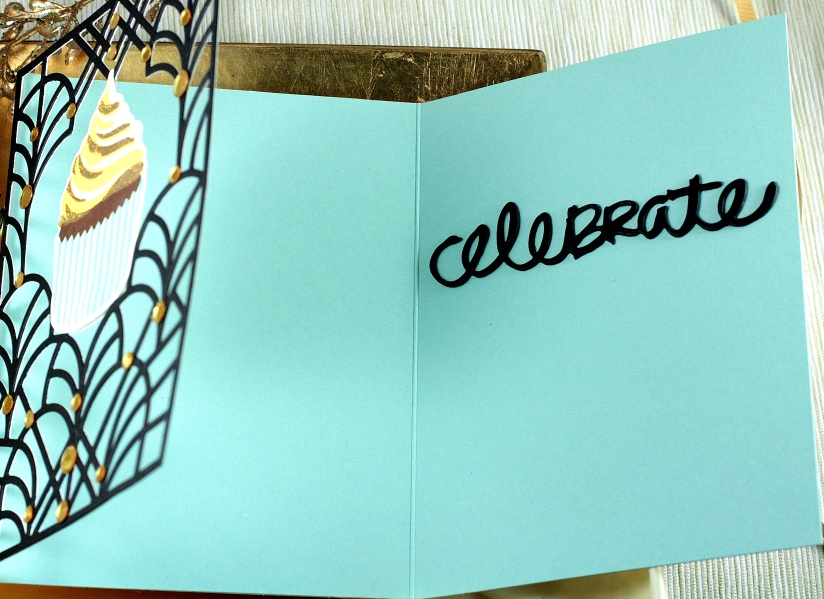 For finishing touches, I added a celebrate die cut to the inside and some gold confetti to the cover die. I thought the confetti really added to the art deco vibe. If you are interested in trying some trifold cards, check out the links over at C4C. I found a ton of inspiration on Jennifer McGuire’s blog so pop on over. I hope you’ll find one you line and join us this week!